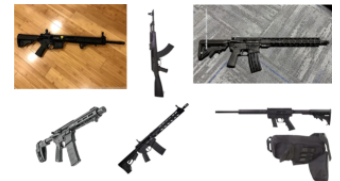 The AAC Honey Badger PDW is an integrally suppressed personal defense weapon based on the AR-15. It is chambered in 300 AAC Blackout.

The AAI ACR was a prototype flechette-firing assault rifle built for the US Army’s Advanced Combat Rifle program of 1989/90.

The ADS is a Russian assault rifle specially made for combat divers.

The Adaptive Combat Rifle (ACR) is a modular assault rifle designed by Magpul Industries of Austin, Texas, and known initially as the Masada.