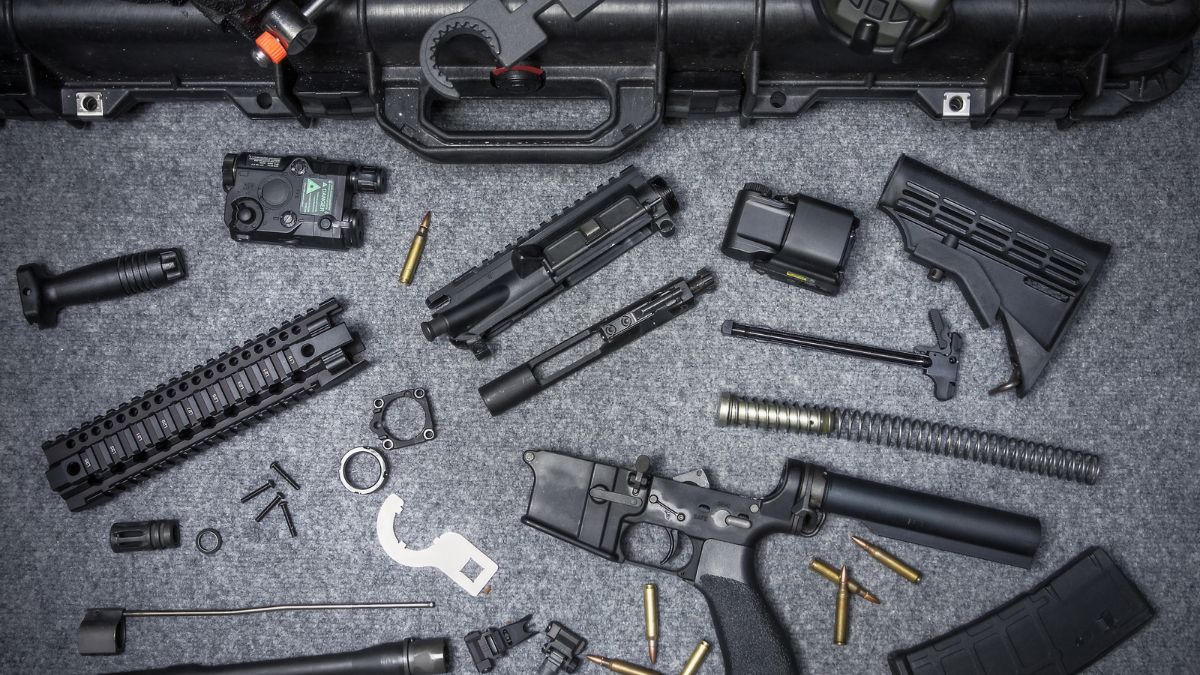 AR building can be really fun and exciting, but it can also be just as confusing and intimidating. I’ve put together 3 easy and affordable AR-15 builds that anyone can do, especially if you’re taking on your first AR build.

These 3 builds each satisfies a specific role and can be tweaked to your liking. These build lists are more intended to serve as a general blueprint. All the builds included on this list are for the popular 5.56x39mm NATO chambering, which can most often accommodate .223 Remington as well.

The emphasis on easy is because these truly are easy builds. For this reason, I’ve elected to recommend fully competed upper receivers for each build. This will make the process easier, and you’ll still have the satisfaction of putting together a lower receiver.

Affordable is obviously a relative term. My definition of affordable may not be yours and vice versa. However, the parts I’ve chosen offer a great overall value. They may not be the most premium options out there, but they sure do get the job done and represent the best bang for your buck.

Why should I own an AR-15 instead of another type of rifle?

The AR-15 is one of the most customizable and modular semi-automatic rifle platforms in existence. They have been used by militaries, law enforcement agencies, and civilians for decades.

The fact that ARs have been around this long, and their parts and accessories are a booming industry speaks volumes. AR -15s can serve many uses, most of all being personal protection. In addition, ARs are well suited for recreational target shooting, hunting, and competitive shooting sports.

In my opinion, every American household should have at least one AR-15 if nothing more because they’re fun to shoot and customize.

Why should I build an AR-15 instead of buying a completed rifle?

There are plenty of AR-15 rifles you can buy off the rack, and there are even some REALLY good fully assembled rifles out there. At the same time, there’s just something special about putting together your own rifle.

Building your own AR-15 is a fun experience that enables you to customize your rifle to your style and what you like. With the thousands of different parts and accessories available today, there are probably millions of different build combinations, so your only limitation is your imagination.

Keeping a purpose in mind for your AR build is important too, so make sure you plan it out. The builds I’m recommending each follow a specific purpose or “philosophy of use” as YouTube legend nutnfancy would say.

In addition to customization, building your own AR can actually save you money. Though not always, but if you find sales, spend money on the important stuff and go with the budget option for basic parts, you can build a custom AR-15 for less than you could buy a fully assembled one.

Even if you don’t save money overall, you can stretch out your build and buy parts piece by piece so you won’t have to spend a big chunk of change all at once.

Parts you shouldn’t skimp on

For these builds, there are a few things that shouldn’t be skimped on, meaning things you shouldn’t go the cheapest route on.

The #1 thing you shouldn’t skimp on is triggers. Even a halfway decent aftermarket trigger can improve your overall accuracy with your AR-15. The cheap mil-spec triggers that come with many lower build kits are fine, but they’re cumbersome and take a long time to break in. Do yourself a favor and buy a decent trigger, even if it’s your first build.

Another thing you shouldn’t skimp on is optics. It used to be the gospel that to get a good quality optic, you had to spend as much on it as you did on your rifle. Now, that’s not a bad approach, but there are plenty of good optics on the market now that won’t make you broke. The optics I’ve recommended toe the line between quality and value fairly well in my opinion.

Build #1 is a pretty standard 16” barrel carbine build. If you’re thinking about building your very first AR-15, this is where you should start.

Palmetto State Armory makes some excellent AR-15 parts that offer an unbeatable value. PSA parts are well regarded, and with the additional savings, you can put extra money towards things like triggers, optics, and accessories.

The philosophy behind this build is as a general purpose rife as well as a “recce” (reconnaissance) rifle. The 16” barrel gives you good ballistics for mid-range distances, and the Vortex LPVO (low power variable optic) allows you to identify targets at those distances.

With a 16” barrel build, you can reach out to mid-range targets, while still having an approachable rifle in terms of size and weight. At $1,227.96 for a completed build, you’ve got yourself a hell of a rifle.

A shorter barreled AR is a great addition to your AR collection, or even as your standalone rifle.

I’m not a legal expert, but in most states in the U.S. you can build an AR-15 that has a less than 16” barrel if it has a pistol brace. If you put a stock on an AR with a barrel less than 16”, it then becomes an SBR (short barreled rifle) and you’re required to pay and file for the appropriate tax stamp according to the National Firearms Act (NFA).

There’s been a lot of ballistic testing on short AR barrels. The conclusion that most of the tests have made is barrels less than 11.3-11.5 inches have serious ballistic disadvantages. Although you can still achieve good accuracy with a barrel shorter than 11.3 inches, your effective range will be greatly depleted because of the way the 5.56 cartridge was designed.

This AR pistol or SBR build excels in close quarters such as your home, so it’ll make a great home defense gun. In addition, the shorter overall length will make this build well-suited in vehicles, so having it as your “truck gun” is a good strategy.

If you’re interested in a super accurate AR build that will help you poke out to those long ranges, this SPR (special purpose rifle) style build is perfect for you.

Going back to things you shouldn’t skimp on, this build has the highest cost because of its intent as a precision rifle. Bravo Company makes some exceptional barrels and upper receivers, so the expense is well worth it for an accurate shooter.

Equipped with an 18” barrel Bravo Company upper receiver, the full rifle length gas system makes shooting 5.56 a breeze. With the 410 stainless steel barrel, you’ll have a good balance of weight and accuracy as well.

In addition to the Leopold VX Freedom CDS riflescope, you’ll be able to acquire and reach out to targets up to and in excess of 1000 yards with a little bit of practice.

This build being equipped with one of the best triggers on the market, the Geissle Super Semi-Automatic (SSA), sub-MOA groups are well within reach.

This rifle build is also a great choice for a hunting rifle. With a tac driver rifle like this build, you’ll be able to bring home the meat from deer and wild hogs all season.

Building an AR-15 should be experienced by all firearm enthusiasts. It allows you to customize every aspect to your liking and gives you the knowledge of how the parts come together. A better understanding of how your rifle functions will ultimately make you better and more knowledgeable shooter.

As I mentioned before, these build lists are just a general template to give you some inspiration for an approachable build. Feel free to tweak and incorporate different parts in a way that suits your preferences and style. After all, the fact that ARs are so customizable is a big reason why they’re so popular.