5 Reasons Why Everyone Should Own a Bolt-Action .22 Rifle 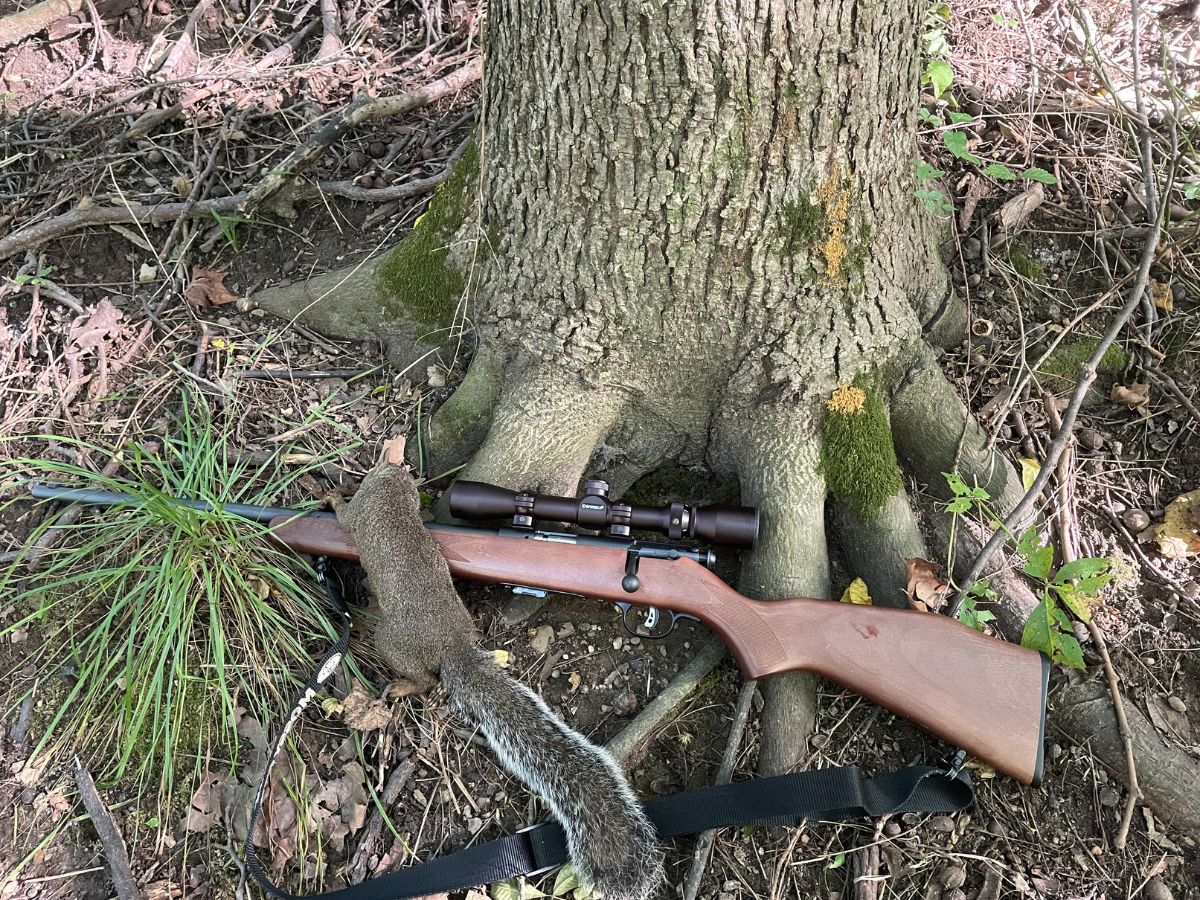 With today’s ammo prices and the general state of the world right now, don’t wait to buy a .22 bolt action before it’s too late.

I own a .22 bolt action Savage Mark II that is one of my favorite rifles in my collection. As a lefty, the left-handed bolt option was a selling point for me, but I’m a big fan of Savage rifles for their unbeatable value and accuracy.

Here are my 5 reasons why everyone should own a bolt-action .22 rifle.

Whether you’re shooting a .50 BMG or a .22 rifle, the fundamentals are the same.

.22 bolt actions are perfect for learning the basics of rifle handling, trigger pull, maintaining a steady rest and aim, and learning how to use riflescopes.

In fact, a .22 bolt action is probably the perfect gun to use to teach a child or first timer to learn how to shoot. It’ll help new shooters learn firearm safety and fundamentals with low recoil and a quieter rifle that’s not too intimidating.

As an added benefit, A .22 bolt action will allow you to enjoy longer sessions at the range without sacrificing your shoulder or your wallet too.

Even with today’s ammo prices, .22 LR is still some of the cheapest commercially available ammunition.

500 rounds of .22 LR can be found for less than $100 at most retailers, which gives you more time to practice on the range without blowing your ammo budget.

Compare that with 500 rounds of a common centerfire cartridge like 5.56 or 7.62, and you’re looking at some significant savings.

They have a simple and durable design

The reason I’ve specified .22 bolt actions and not just all .22 rifles is because bolt actions have very few parts. Maintaining a bolt action rifle couldn’t be easier, and chances are you won’t have any serious malfunctions with such a simple design.

The bolt action is something you can count on to go bang every time, except for those dud rounds common with bulk .22 ammo. I can’t say the same for semi-auto or even lever action .22 rifles that have more complicated internal parts.

For a .22 rifle that won’t fail you and will last forever with basic cleaning and maintenance, a bolt action is the only choice in my opinion.

.22 bolt actions can be stupid accurate

Once you have your sights or optic zeroed, with proper shooting technique tight sub-MOA groups are easily attainable with a quality .22 bolt action.

Though .22 LR is limited in range, super-accurate shooting within 50 yards and sometimes up to 75-100 yards can be achieved with enough practice.

If there’s a serious food shortage coming like the media keeps saying, a .22 bolt action can give you some peace of mind.

My Savage Mark II is my go-to squirrel hunting rifle, so if things get tough, I can always count on heading out to the woods for a couple of squirrels. Larger game can be taken with well-placed .22 rounds as well, so they’re not just limited to small game.

There are many reasons to own a .22 bolt action rifle, but these are the 5 most important reasons in my opinion.

The ability to hone your shooting skills without breaking the bank and the accuracy that will allow you to hunt for food when things get tough make owning a bolt action .22 a no-brainer for me.