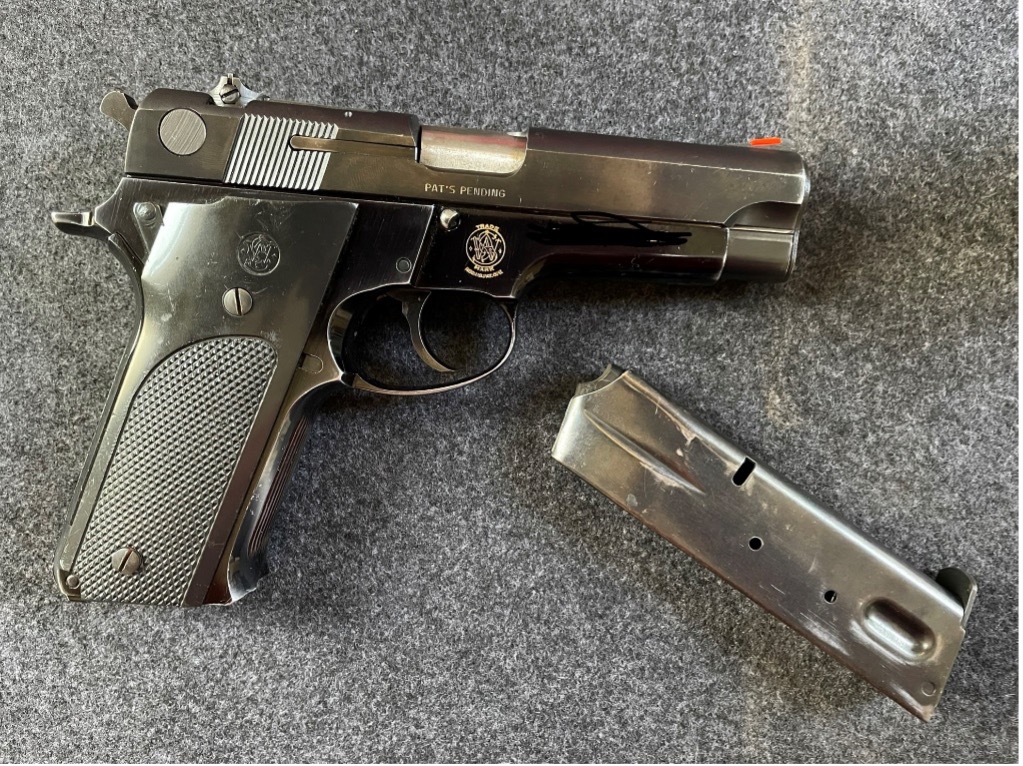 The Smith and Wesson Model 59 and its variants such as the 459 and 659 are a classic and capable 9mm handgun that was once the go-to law enforcement duty sidearm.

I own a blued model 59 that I inherited from my grandfather. His model 59 served as his duty pistol for most of his 30+ year law enforcement career as a police officer and court bailiff in Southern Michigan. He and I always revered the model 59 as an excellent 9mm handgun.

Tracing its origins to use for military applications, the model 59 was designed as a larger double stack replacement for the model 39. Although the 59 was tested by the U.S. military through several trials, it was never adopted.

Instead, model 59 was one of the first semi-automatic pistols widely adopted by law enforcement agencies as a replacement for revolvers. The model 59 and later generations the 459 and 659 saw use in American law enforcement from the mid-late 70s through the 90s.

Once the “polymer wonder” revolution of lightweight striker-fired handguns like Glocks came along, the model 59 was a thing of the past. However, I still believe the model 59 is a fine pistol that can still hold its own.

The model 59 has features like many modern handguns, making them still useful even by today’s standards.

Features of the S&W Model 59 include: Does the model 59 still hold up against modern handguns?

I truly believe the S&W model 59 and its variants still hold up against modern handguns. The 59 is not too far removed from the features and design of modern pistols, so they still have use for personal protection, target shooting, and law enforcement.

One of the major downsides of the model 59 is they cannot mount optics or lights, but those things are just a luxury anyway. Who says you can’t still shoot the old-fashioned way?

Also, unfortunately, Smith and Wesson no longer makes new model 59s or its variants. Aftermarket parts and accessories like Kydex holsters are hard to come by, so you’ll have to rely on what parts you can find and settle for leather holsters.

On the other hand, because so many model 59s and variants were made, there are plenty of used ones out there. They’re not expensive either by today’s standards. Model 59s in good condition can go for around $600-$650 and model 459s and 659s can be purchased for in the ballpark of $350-$500. If you’re on a budget or just prefer classic handguns, the model 59 is an excellent choice.

The Smith and Wesson Model 59 was once a popular and highly regarded pistol. At one time, model 59 was one of the most widely issued duty pistols for law enforcement agencies across America. With the influx of new designs and more choices, it has long since been forgotten, but that doesn’t mean they’re worthless by any stretch of the imagination.

If you’re looking for a capable 9mm pistol that will last a lifetime, or you just admire classic firearms, you should look no further than the S&W Model 59 for the next addition to your collection.